Recognizing the various challenges that the public libraries in the region continuously face, such as the lack of strong partnership, networking, collaborations, among others, specifically, there has been no initiative to converge, public librarians, library in-charge, library staff, and other stakeholders to confer ASEAN libraries, arts, and culture, and not so much emphasis as to the progress they are making in the region. Thus, this project has been conceptualized. Although, the National Library of the Philippines (NLP) had initiated a program for public libraries in the ASEAN region, the International Network of Emerging Library Innovators – Association of Southeast Asian Nations (INELI-ASEAN) to focus and strengthen the capacities of public librarians, this apparently just a meager group of librarians who convened in 2015-2017. The offshoot of the INELI-ASEAN Project was the establishment of a network – ASEAN Public Libraries Information Network (APLiN) which is the brainchild of holding the 1st ASEAN Virtual Regional Conference of Public Librarians (1st ASEAN VRCPL). Since APLiN has no funding to push through the idea, through the NLP, in collaboration with The Asia Foundation (TAF) this project has been jointly talked about by the above-mentioned partners to work on its necessary preparations to ensure successful implementation.

This proposal has been initially approved for implementation in March 2020 and in a face-to-face approach. But, with the global pandemic that prevented social gatherings and strict implementation of physical distancing, this has to be canceled and has to shift to a different method of execution for 2021.

The 4-day traditional way of the conference need to be transitioned in a cloud-based conference for the public librarians, library in-charge, librarians, information professionals, reading center in-charge, library staff, local government officials, LGU administrators, Library and Information Science educators and students, and other interested individuals in the neighboring countries in ASEAN including China, Japan, and Korea, and other interested countries and regions in the world can still be engaged in this virtual conference. Thus, the 1st ASEAN VRCPL will be a 3-day virtual conference with mixed plenary and parallel sessions, virtual library tours, and a showcase of Philippine dances and songs.

In addition, one of the roles of the library is to have collections of publications for educational and informational purposes. Libraries in ASEAN have immense issues in their effort in gathering regional-related articles to nurture deeper understanding among ASEAN librarians, to see the librarianship trends, and including the available library opportunities worldwide. The issue is how to package this information to strengthen a deeper appreciation of ASEAN work and to foster a sense of community among the public librarians in the ASEAN region. Thus, NLP decided to compile and publish all the papers that will transpire in this virtual conference. This is to make sure that information relative to ASEAN library trends and development will be organized and be part of ASEAN library collections. 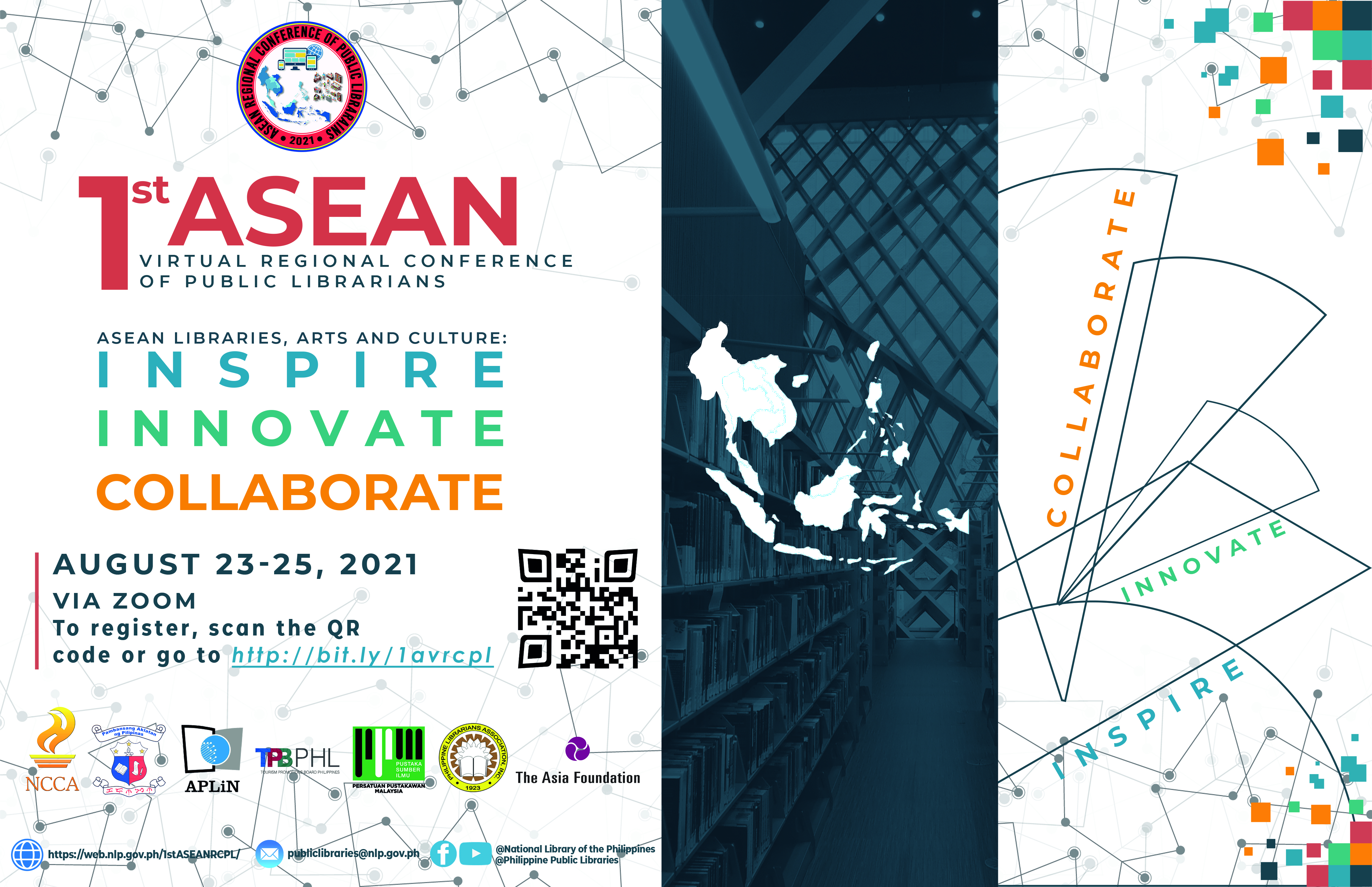